Muscular issues and their effect on your dog 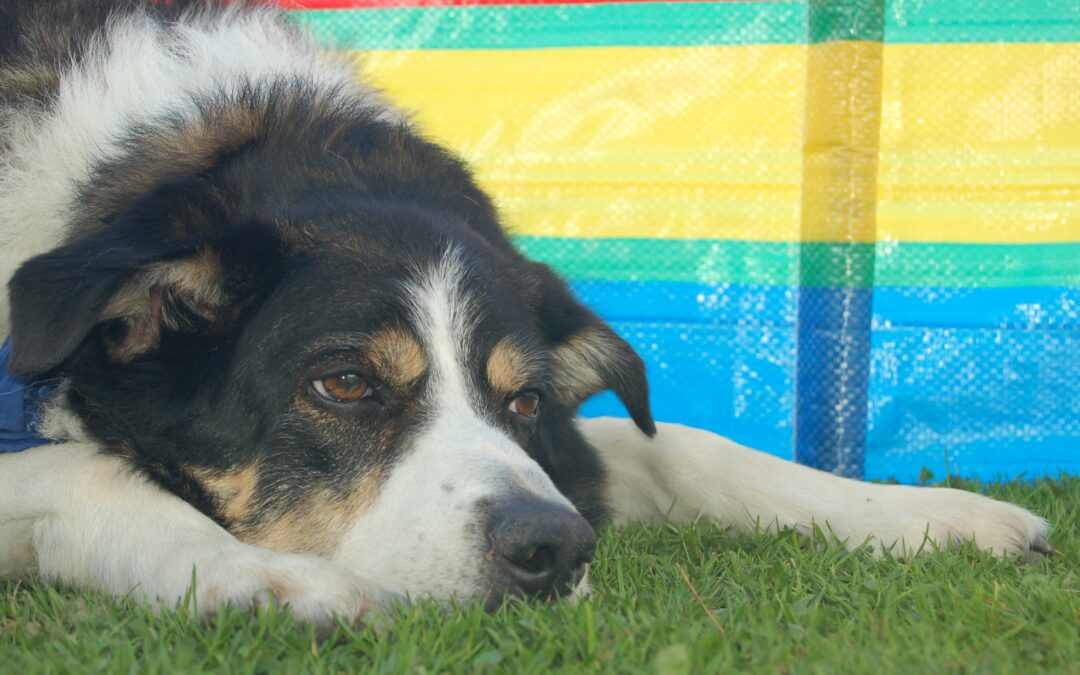 Muscle fatigue is the reduction in a muscles ability to contract to generate force during a sustained period of activity.

In highly driven, competing, working or racing dogs, muscle fatigue provides the animal’s body with a failsafe mechanism where the muscles stop working, preventing damage to their fibres and the surrounding tissues.

In a canine athlete or energetic dog, muscle fatigue can also occur naturally during normal levels of overexertion; to prevent injury to the muscles.

For activities where more sustained contractions are necessary, the dog’s muscles require a constant source of intercellular energy to fuel the continued contraction of its fibres.

If muscle cells are in an oxygen-deficient state because the body is working harder or the dog has breathing difficulties, the muscles will start to weaken. Muscles stop responding to nerve innervation completely when depleted of energy.

The metabolic process of exertion generates heat, and the dog will pant more to dissipate this, which will eventually lead to dehydration and fluid imbalances, contributing further to muscle fatigue.

A dog suffering from muscle fatigue is likely to lie down and may collapse in a severe case. Severe cases of fatigue can be dangerous, and restoring homeostasis, the body’s natural state of internal equilibrium, must always be the primary goal.

Late-onset symptoms might include a lack of energy and overall weakness followed by delayed muscle soreness and pain associated with overworked muscles.

Vigorous exercise will create micro-tears in the dog’s muscle fibres leading to inflammation. Myotherapy treatment can reduce the production of cytokines, protein messengers that play a critical role in triggering inflammation and pain.

Myotherapy can influence the release of endorphins via the dog’s parasympathetic nervous system or PSNS. Endorphins help to soothe pain from the nerve endings of overworked muscles.

Fatigued muscles benefit from fresh blood and essential nutrients and the removal of built-up toxins that increased circulation and lymphatic drainage brings.

Passive movement techniques gently stretch the overworked muscles, stimulating venous return and the dog’s lymphatic system. Both actions assist in the removal of metabolic wastes from the muscles.

A thorough assessment of the dog before treatment would identify isolated areas of heat or inflammation, injury, or swelling caused indirectly by the action of a fatigued muscle failing. Any of these symptoms would contraindicate treatment.

A dog would not receive treatment if exhausted and unable to regulate its breathing. No would treatment take place if the dog was dehydrated and had not regained homeostasis.

Cramps are involuntary, prolonged contractions or spasms within a muscle or muscle group, usually accompanied by intense pain; once a spasm becomes sustained, it becomes a cramp.

Cramps are sudden in onset, short-lived and intense contractions that can occur in the dogs skeletal or smooth muscle.

Reduced oxygen within the tissues, dehydration, depletion of salts, electrolytes and ion imbalances can lead to overexertion and cramping of a muscle. These issues can lead to short term muscle debilitation and prevent the return to homeostasis and recovery.

Not all cramps are related to exercise, and neurological reasons can interrupt normal muscle contraction. Seizures and diseases that impair nerve function, such as degenerative myelopathy, can also lead to cramps. Viruses and neurotoxins can lead to cramps and spasms, influencing how the dog moves or causing a limb to stiffen.

The range of underlying triggers of cramps can make it difficult to determine the direct cause; reoccurring cases where the dog’s recovery takes longer than usual requires a veterinary investigation.

Spasms are longer-lasting conditions; slower in onset, usually indicated by a slight muscular twitch and may involve a lesser degree of pain.

Commonly caused by a lack of oxygen or energy to a muscle, either through overworking the muscle or chronic tension is impeding blood supply.

Prolonged exercise can fatigue a muscle; the depletion of energy reduces the muscles ability to relax properly, which it needs to do to contract fully – both actions require the expenditure of energy.

When the muscle has no energy, its inability to relax can cause it to spasm due to overexertion or a disorder of the metabolic system that disrupts the energy supply to the muscle.

A spasm can also be the body’s protective mechanism, triggered in response to trauma; the muscles around a fractured bone can go into spasm to stabilise and limit further damage by contracting around the affected area.

Treatment is not appropriate for acute cramps, but a gentle extension of the muscle or muscle group can help relieve the cramp. Once acute symptoms have subsided, gentle Myotherapy treatment can release the spasm and encourage the affected muscle to relax.

Techniques would initially relax the muscles and increase blood flow to the affected area; pump fresh blood carrying oxygen and nutrients into the belly of the muscles, flushing and cleansing them; helping to relieve the spasm and resulting muscle soreness. Regular myotherapy sessions and stretching exercises can be effective in reducing long-term spasms.

Protective muscle spasms in response to trauma would be inappropriate, however following veterinary treatment and depending on the delayed soreness to the muscle, Myotherapy treatment would bring blood and essential nutrients, encourage the release of toxins and mechanically relax the muscle spasms.

Myotherapy has a reflexive effect on the dog’s parasympathetic nervous system. That leads to a reduction in the perception of pain from excessive muscle contractions and nerve impulses.